This interview was given by Pedro Ibáñez as an exclusive to Paula Magazine in Chile and was edited by Explora for our news section.

From San Pedro to Easter Island to the great Patagonia, Chile is the travel destination of 2018. It’s in these locations that this forward-thinking entrepreneur founded his award-winning Explora hotels. Still, his vision, which in some way cemented the “Chile” brand in the world, is tinged with nostalgia and the search for his own lost paradises. He speaks here in first person. 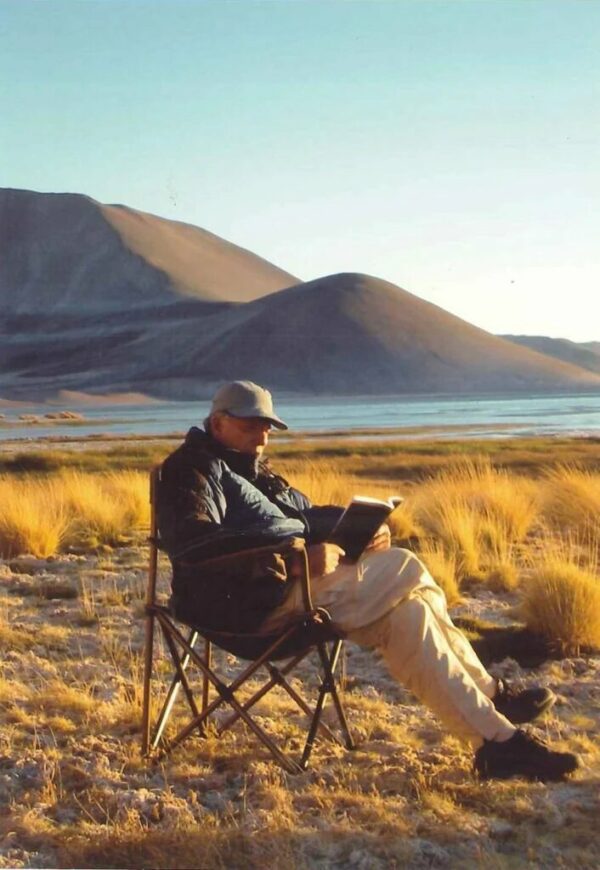 My relationship with nature and the outdoors

“I spent the years of my youth, not unlike most, without a greater sense of the passage of time, without paying too much attention to the outdoors, without being particularly interested in nature. But little by little, through the occasional look at the garden, seeing the flowers change with the seasons, I started to connect. The seasons were especially important. As a young man, the only thing I wanted was for summer to come quickly and replace sterile classrooms with trips to the beach. But it’s when you can appreciate fall, with all its colors; or winter with its cold and rain, that you begin to truly understand the rhythm of nature. Upon coming to this discovery, to this appreciation, I could suddenly revel in the minute differences in light and color, both day by day and between seasons.

I think the natural change of the outdoors has a lot to do with the many stages of our lives. I imagine that a life lived disconnected, one in which things ‘just happen’, leaves one at the age of 60 feeling only that life has passed. The notion of change, meanwhile, marks a rhythm that makes you aware of yourself, of what happens over the years. In this way, nature has allowed me to stay connected. It has truly enriched my life.

I’ve been an entrepreneur my whole life, dedicated to whatever circumstances landed me in. I’ve worked hard, sometimes with great joy, other times only out of duty. Now that I’m no longer involved in businesses, I feel quite liberated. Am I an explorer now? Everyone is an explorer in some way. Anyone who tries to be aware of themselves and their life is just looking for those things, big or small, that make life better, more valuable.

I feel extremely connected to Chile and its landscapes. When a proposal comes for me to travel to Europe, I think: “Why not the Altiplano?” It’s hard for me to change this. For me, being in Chile is vital. The Chilean outdoors: the weather, the seasons, the mountain range, they revitalize me. While away, I find myself missing them.

Explora was born out of a nostalgia for the Chile of 25 years ago. Nostalgia for its landscapes and how people used to be: the simplicity of their lives and their lack of pretension, their authenticity. From its isolation from the rest of the world, from how unknown it was … We thought that all this gave a unique identity to our country with respect to other places in the world. But even then, in the late 80s or early 90s, we saw that despite being a relatively unknown country, very distant for global travelers, Chile would soon become renowned, and would integrate itself into touristic circuits. We wanted to propose a way to visit Chile that would do it justice; that would respect its identity. Explora was founded as an exploration program for those areas that were most expressive of Chile’s varied wilderness. The hotels that we used as “base camps” for these explorations were tailored to the style of each location. If there was no clear style, we defined one that suited the landscape or the history of that site. Our buildings aim at giving value to the landscape, to complement it. Architecture is a human task that, when well executed, adds to its natural surroundings, enriching its aesthetics.

The nostalgia that drove Explora was also for my own past, for what I managed to glimpse. The unforgettable memories of my youth. The stays at thermal hostels, the long trips by sailboat, the difficult terrain that demanded horses as a means of transportation. These were moments that gave me time to think, to meet with people I wouldn’t have otherwise, to have long conversations; and to read.

There used to be very little communication between cities in this country, which gave each one its own way of life, its own little idiosyncrasies. Each place had a distinct personality. This diversity gave our country yet another layer of interest.

We decided on the hotel format as opposed to the common “cabins” that developed between the 60s and 90s, which we felt didn’t truly function on a community level. For different reasons, the old Chilean hotels had either disappeared or fallen into disuse. We created the concept of the “luxury of the essential,” to have only those things that were necessary to live in the far outdoors, in adverse climates or in demanding conditions. Abundant water, a great bed, light food, simple interiors. The luxury of the essential is the opposite of the luxury of the accessory, the more common form of luxury, where things and spaces are often over-the-top and almost always a little pretentious. And, of course, we wanted to maintain that spirit of austerity, to live with just enough.

As far as leisure is concerned, Chilean tradition is to go out of town, into the countryside, or to the San Martin hotel in Viña del Mar; getting up at 11, having a pisco sour, going to Avenida Peru, then taking a nap. We wanted to offer something completely different, based on trekking; getting up early; getting to know many places, and so on. The positive reaction of the Chilean public to this proposal was pretty remarkable. Nowadays, “active” leisure time is a fairly widespread practice in Chile.

Explora was also nostalgia for the future: to contribute in any way, with our own little grain of sand, to maintaining Chile’s qualities as a country, so that the progress on the horizon would not erase the good; so that the country could be explored by its own citizens; so that all of us would contribute to the preservation of our wilderness, of our identity …and so that this identity would grow and flourish with every day.

Another aspect of Chile that we had to redefine is that Chile is not a country where you can really do tourism: in Chile, you have to travel. We have neither religious monuments nor attractive towns, nor many museums, all of which are tourism milestones. To travel, on the contrary, consists of the journey, not the final destination. The journey can be done slow or fast, but however you travel, it allows you to connect with different realities. In the case of Explora, the journey on foot, on horseback or by bicycle allows us to take note of our surroundings, to meet the unexpected, to explore more thoroughly; it allows, even, for a change in destination.

“We shall not cease from exploration, and the end of all our exploring will be to arrive where we started and know the place for the first time,” (T.S. Eliot)

Travel and exploration, by way of true contact with different realities, can often produce a great change in perspective. The exploration of the remote, of the most distant places, augments this effect, this greater perspective regarding your place of origin and your own life. It makes you see everyday things in a different light. All this to say, the truest, deepest Chilean identity is that of a remote land…